This is a blog all about my favourite chicken recipes. I hope you enjoy them as much as i do. 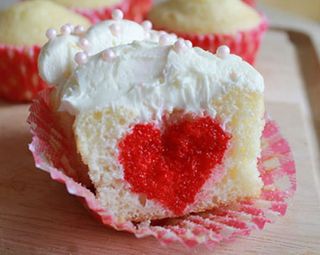 I performed a bit of research and discovered these surprise heart inside cupcakes were totally doable and comparatively simple to make. We gave them a go and I believe they turned out very well! Here’s the way I made them:

2.   Separate mixture into 2 parts: Place one half of the mixture right into a big measuring cup having a  (this is to make pouring the actual mixture into the cupcake container less difficult) or a medium sized dish. Put the rest of it into a different bowl and include red food-coloring up until you achieve your required color. (Hint: We made both red as well as pink variations, however the red turned out to be far better since there ended up being a lot more contrast between the two cupcakes.

Posted by Wendy Parks at 09:28 PM in Food and Drink | Permalink

The comments to this entry are closed.